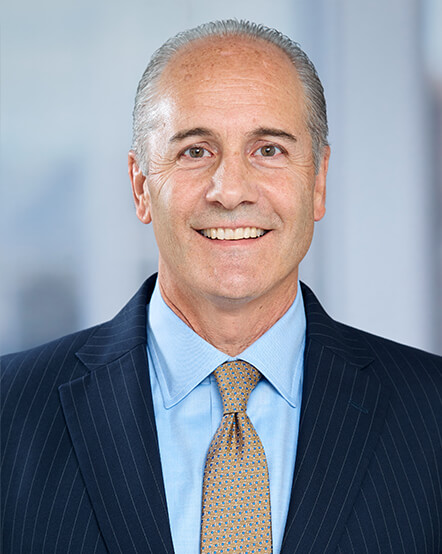 Rich Collins is known for being an aggressive advocate and formidable trial opponent who is attentive to his clients’ needs, approaching each case with a results-oriented litigation plan of uncompromising quality. Named to the list of Super Lawyers since 2015, Rich has been lead counsel in over 25 jury and court trials in federal and state courts throughout California and elsewhere. He is a litigator with extensive experience in the areas of insurance recovery, coverage and bad faith, health care law, business disputes, employment, real estate, environmental and toxic tort claims, product liability, and serious personal injury and wrongful death claims in Newport Beach.

As a trial attorney with vast experience in the field of insurance litigation, Rich has recovered millions of dollars for his policyholder clients through verdicts and settlements. Having previously served as a claims representative for a national insurer and having represented insurance companies for the first 10 years of his career, Rich understands the intricacies of insurance cases from both sides of the aisle. With this rare perspective, Rich has an excellent working knowledge of how claims are made, handled and resolved, providing his policyholder clients – both businesses and consumers alike – with a wealth of expertise.

Whether you are a policyholder in need of medically necessary treatment that has been denied or a health care provider who has been denied payment for such medically necessary services, Rich has the necessary skills, tenacity, and dedication to succeed on behalf of his clients. He represents a wide variety of health care providers and other professionals in matters involving insurance recovery, complex business litigation, and administrative and regulatory matters. Rich also advises health care professionals and organizations on operations, regulatory compliance, and transactions specific to the health care industry. Rich has also been featured in the press for his handling of litigation involving prescription drug overdose deaths.

Rich established his practice in Southern California and is particularly attuned to the Southern California community and local court system, though he is often called upon to litigate in federal and state courts throughout the country. His respect in the legal community as an expert on insurance law is evidenced by the frequent referrals he receives from other attorneys.

Rich resides in Laguna Niguel with his wife and four children. He is active in his community, where he has coached Little League Baseball, ASA Softball and AYSO Soccer, has served on the Board of the local Little League and the City’s Youth Sports Advisory Committee, and is a member of the Knights of Columbus.