Are You A Business Owner Hot News: Insurance Coverage for Coronavirus 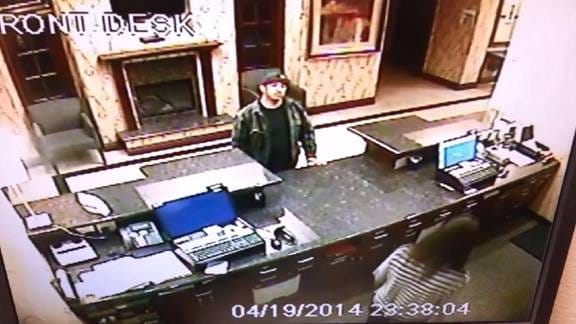 FILE — Jonathan Padilla is seen in surveillance video from the Holiday Inn Express & Suites in Lebec, Calif., on the night when a woman was raped by him at the hotel. (Still image from video provided by law firm Callahan & Blaine)

BAKERSFIELD, Calif. (KBAK/KBFX) – A Kern County jury has awarded $3.5 million to a woman who was raped in her hotel room.

The lawsuit was filed against Holiday Inn for giving the perpetrator access to her room in Lebec.

Jonathan Padilla, who was criminally convicted for the 2014 act, was caught on surveillance video leaving the victim’s room with his pants around his ankles.

The woman was staying at the Holiday Inn Express & Suites with her boyfriend, who worked with Padilla. Her lawyers say she was sleeping when Padilla lied to the front desk attendant, claiming to be the boyfriend, so he could get a key to her room.

The worker failed to check his ID before handing him the room key, according to Southern California law firm Callahan & Blaine.

The woman’s lawyers also say Padilla was noticeably intoxicated and offered the receptionist money for sex before asking her for the room key.