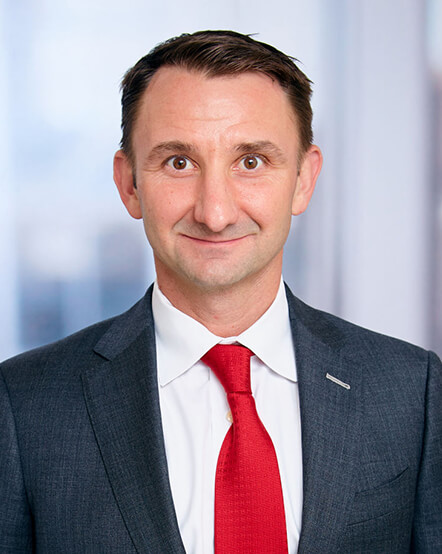 Brett Bitzer is an experienced trial attorney successfully representing both plaintiffs and defendants in complex multi-million dollar cases throughout the state of California.

In 2003, Mr. Bitzer obtained his Bachelor of Arts degree from the University of Nevada, Reno where he majored in Criminal Justice and was a member of the Division 1-A tennis team. In 2009, Mr. Bitzer graduated Order of the Coif and With Great Distinction from the University of the Pacific, McGeorge School of Law. After passing the California bar in December 2009, Mr. Bitzer worked for a very successful boutique civil litigation firm in Sacramento specializing in trial work. In 2015, Mr. Bitzer got married to Jessica Jorgenson, a Southern California native, which brought Mr. Bitzer to beautiful Southern California.

Mr. Bitzer learned early on in his career that while many attorneys hold themselves out as civil litigators very few of them are actually trial attorneys. Mr. Bitzer chose to be a trial attorney and has dedicated himself to the craft ever since.

Mr. Bitzer’s greatest strength is his ability to successfully and efficiently prepare a case for trial. While not every case should be tried, Mr. Bitzer is a firm believer that the only way to maximize a case’s settlement value, for either a plaintiff or defendant, is to prepare it as if it is going to trial. For example, Mr. Bitzer recently represented an employee who had been wrongfully terminated and not paid his stock options. The defense did not prepare the case for trial and, for that reason, was forced to quadruple its settlement offer the day before trial once it was made clear that Mr. Bitzer was prepared to take the employment lawsuit to verdict.

Similarly, Mr. Bitzer substituted in as counsel for a plaintiff in a complex legal malpractice action two months before trial and after the case had been pending for over three years. Mr. Bitzer quickly prepared the case for trial, successfully amended the complaint to allege more precise claims and damages, and the case settled days before trial for over double the settlement offer obtained by the prior counsel. The reason being, Mr. Bitzer was prepared to take the case to verdict and the defense was not.

Most recently, Mr. Bitzer obtained a judgment (including attorneys’ fees) on behalf of an Orange County business owner who sold his medical laboratory and was not paid the final installment payment. The main defense was that the judgment should be solely against a defunct entity that had no assets which would have resulted in a pyrrhic victory for the client. In response, Mr. Bitzer was able to present overwhelming evidence to successfully persuade the Court that the corporate veil should be pierced holding the individual defendants personally liable and making the judgment collectible for the client.

Mr. Bitzer has also had success in defending business owners and individuals. Sometimes a defense case must be tried because the plaintiff’s counsel is unreasonable and has overvalued the case. Specifically, Mr. Bitzer recently represented a business owner being sued by a former employee for wrongful termination and pregnancy discrimination. The plaintiff’s counsel pre-trial offer was in excess of $2 million dollars which would have bankrupted the client and was more than the claim was worth. After a four-week jury trial, Mr. Bitzer successfully obtained a motion for new trial on damages reducing the jury’s verdict (9-3) from $787,000 to $190,000 and the client was able to stay in business and avoid bankruptcy.