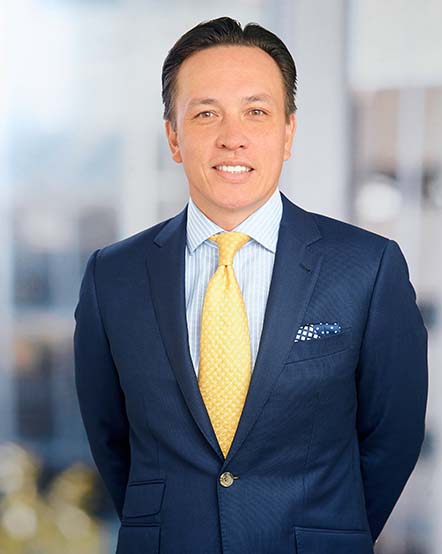 Jason Casero is an experienced business attorney who has served as lead counsel in a variety of high-stakes litigation matters.  He has handled disputes involving legal questions as wide-ranging as intellectual property, real estate, contract, fraud, and free speech.  He also regularly consults with business professionals to help mitigate and avoid legal exposure.

Jason began his career with positions in business and technology start-ups.  After graduating from Boston College Law School, he practiced law in New York with a top 50 international law firm.  There he developed his skills as a team leader in several internal corporate investigations, and even as a young associate was often trusted to handle critical oral arguments in state and federal court.

During his years of practice, Jason has honed his ability to represent the interests of corporations and individuals alike without losing his sense of professionalism and personal service.  Regardless of the size of the client, or the amount of money at issue, Jason is only a call away.

As a proud member of a military family, Jason has traveled extensively and cares deeply about issues facing our veterans.  He resides in Orange County with his beautiful wife (also an attorney) and three active children.