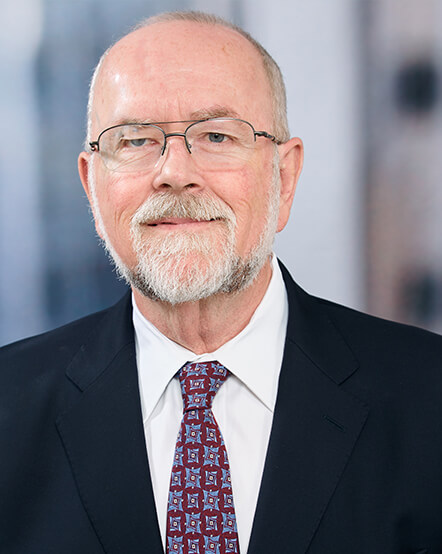 Mr. Blaine is a graduate of Loyola Law School (J.D. 1980 Dean’s Scholarship) after receiving a Bachelor of Arts in Political Science and Economics from California State University, Northridge (1976).

Born June 27, 1953 in Los Angeles, California, Mr. Blaine was admitted to the California State Bar in 1980. He is a member in good standing of not only the State Bar, but also with the U.S. Tax Court, all United States District Courts located in California, the U.S. Court of Appeals, Federal Circuit, and the United States Supreme Court. He represented and is a former member of the Board of Directors of the Women’s Transitional Living Center located in Fullerton, California, providing temporary shelter and related services to women and children victims of abuse. He was responsible for successfully representing defendants in the dismissal pursuant to the doctrine of laches and estoppel of a highly complex, patent infringement case. Hall v. Easyrest, 93 F.3d 1548 (Fed. Cir. 1996). Mr. Blaine has been listed in Southern California’s Super Lawyer. In addition to monitoring his growing practice, Mr. Blaine is an avid fisherman, arborist, and sports enthusiast.

PBJT935927 2008 Investments LLC v. Salas, Riverside County Superior Court Case No. RIC 1104515: Callahan & Blaine represented the owners of a 315-unit development in San Jacinto, California which was being foreclosed upon by certain private lenders. Callahan & Blaine attorneys Stephen Blaine and Christopher Queally filed a lawsuit against the lenders and the mortgage broker who had arranged the loan on behalf of the plaintiffs, PBJT935927 2008 Investments LLC, et al., for fraud, economic duress, breach of contract, and other causes of action.

Callahan & Blaine discovered that the mortgage broker defendant who had arranged the loan failed to disclose that his real estate license had been canceled by the California Department of Real Estate and that he had been convicted of felony charges related to a real estate Ponzi scheme. Callahan & Blaine was able to obtain a Temporary Restraining Order the day before the foreclosure based on the usurious, multi-million dollar loan, and secured a Preliminary Injunction prohibiting foreclosure of the development approximately one month later.

Callahan & Blaine convinced the Court to set a small bond for the Injunction, despite the enormous size of the development based on the usurious interest allegedly due and the wrongful conduct of the defendants.