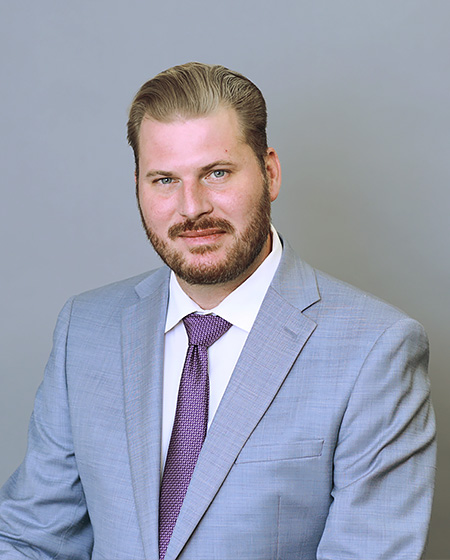 Joseph believes in a pragmatic, strategic, and tactical approach to litigation that aggressively positions the client to trial, in order to maximize their upside potential and minimize their downside risk.  As Bobby Fischer frequently said, “tactics flow from a superior position,” and Joseph believes in building that litigation position from the first day with a client, and through regular communication with the client about their case and goals.  Joseph believes in the jury system and trial, but is also adept in negotiating and settling matters, and was taking mediation and arbitration classes years before he even started law school.

Joseph is a life-long Californian.  He grew up in La Jolla, California, and went to school at Stella Maris Academy, La Jolla High School, and, eventually the University of California at San Diego.  Before going to law school, he taught test preparation and martial arts professionally.  For law school, Joseph moved to the state capital, Sacramento, California, where he attended the University of the Pacific, McGeorge School of Law.  He now lives in the beautiful community of Newport Beach.

Joseph was the Valedictorian of his law school class as well as the Editor-in-Chief of the McGeorge Law Review. While in law school he received Witkin awards for achieving the highest marks in over half of his graded units, including Contracts, Torts, Property, Civil Procedure, Constitutional Law, Bioethics, Environmental Law, and Legal Process (Research and Writing). Joseph was voted the Outstanding Graduating Senior by the faculty, and is a member of the Order of the Coif and the Traynor Society. Joseph was a judicial extern for the Honorable Kimberly J. Mueller of the Federal District Court for the Eastern District of California.